Q. What is cremation?

A. To begin with, it is probably easier to describe what cremation isn’t. Cremation is not final disposition of the remains, nor is it a type of funeral service. Rather, it is a process of reducing the human body to bone fragments using high heat and flame.

Q. How long does the actual cremation take?

A. It depends on the weight of the individual. For an average size adult, cremation takes from two to three hours at normal operating temperature between 1,500 degrees F to 2,000 degrees F.

Q. What happens after the cremation is complete?

A. All organic bone fragments, which are very brittle, as well as non-consumed metal items are “swept” into a stainless steel cooling pan. All non-consumed items, like metal from clothing, hip joints, are separated from the cremated remains. This separation is accomplished through visual inspection as well as using a strong magnet for smaller and minute metallic objects. Remaining bone fragments are then processed in a machine to a consistent size and placed into a permanent urn.

A. Cremated remains resemble coarse sand and are whitish to light grey in color. The remains of an average size adult usually weigh between four to eight pounds.

Q. In what kind of container are the cremated remains returned?

A. The cremated remains are returned in whichever urn the family selects (additional fees apply). We have a large selection of permanent urns available that you may choose from.

Q. Are all the cremated remains returned?

A. With the exception of minute and microscopic particles, which are impossible to remove from the cremation chamber and processing machine, all of the cremated remains are given back to the family.

Q. What can be done with the cremated remains?

A. There are many options. Remains can be buried in a cemetery lot or cremation garden, inurned in a columbarium, kept at home, or scattered on private property.

Q. Is cremation accepted by all religions?

A. Today most religions allow cremation except for Orthodox Jewish, Islamic, Eastern Orthodox, Greek Orthodox and a few Fundamentalist Christian faiths. The Catholic Church accepts cremation as long as it is not chosen for reasons which are contrary to Christian teachings and that the ashes are not divided or scattered. Placement in a cemetery is preferred.

Q. Can an urn be brought into church?

A. Though many religions allow for the urn to be present during the service, it is advised that you consult with your individual church.

If you have questions that are not addressed above, use the form below to reach out to us. We will get back to you with an answer.

Easy to start, easy to use, infinitely reliable 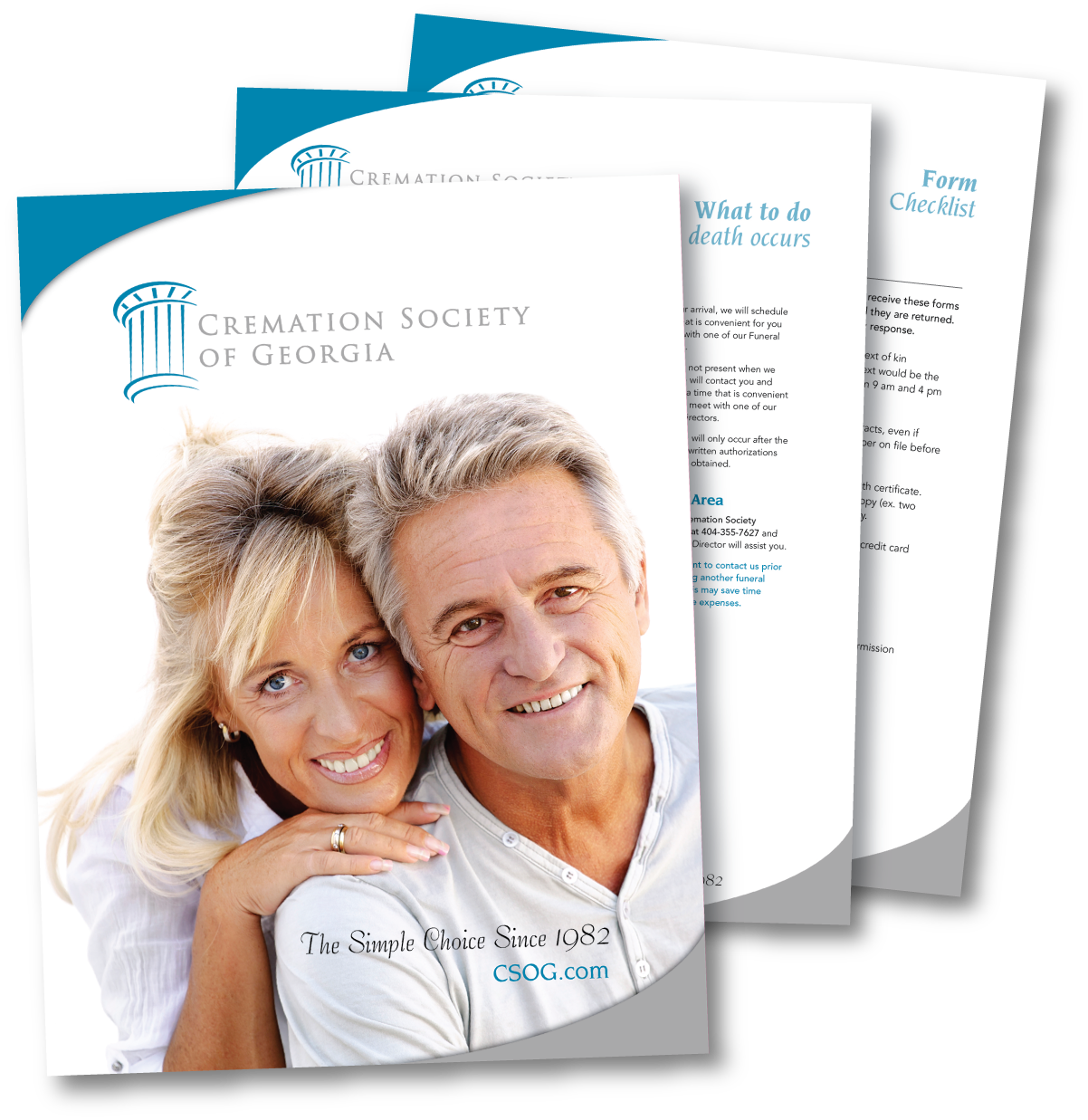 Cremation Society of Georgia was built with you and your family’s comfort in mind. No matter where you live, or when a death occurs, you have the peace of mind of knowing you have chosen a trusted professional.

Get our Free Planning Kit >

Talk to a specialist

Have questions?
Want to learn more?